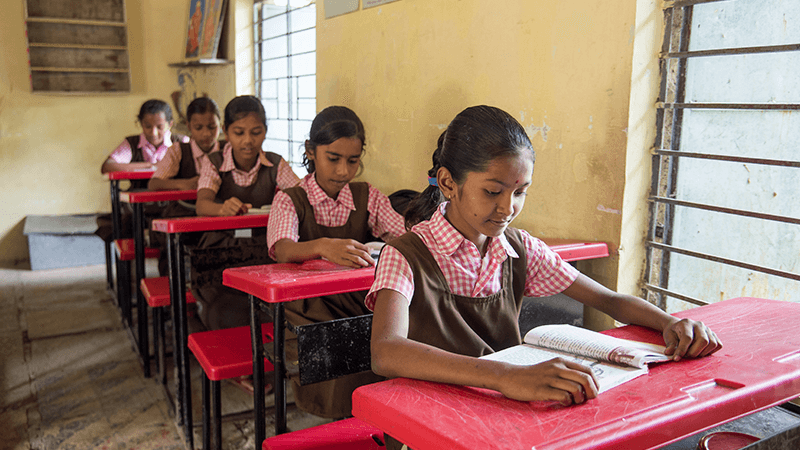 Quality education is one of 17 Global Goals that make up the 2030 Agenda for Sustainable Development. The SDGs build on the Millennium Development Goals (MDGs), eight anti-poverty targets, that the world committed to achieving by 2015. The MDGs, adopted in 2000, aimed at an array of issues that included slashing poverty, hunger, disease, gender inequality, and access to water and sanitation. Despite the significant progress made on the MDGs, the indignity of poverty has far from ended, especially in India. The new SDGs, and the broader sustainability agenda, go much further than the MDGs and are based on the need to address root causes of poverty.

Urged by global commitments under the MDGs and the Education for All goals that India pledged to at the World Education Forum(2000), in Dakar, the Parliament of India passed the Right to Education (RTE) act in 2009. The RTE went further than the reforms formerly introduced under the National Policy on Education (1986) to make education a right for each and every child in the age group of 6-14 years. Under this 86th constitutional amendment, the RTE Act made elementary education a fundamental right and provided the operational basis for elementary education to be delivered as a fundamental right.

While the above mentioned reforms have contributed to considerable improvement in enrolment rates in schools, retention of students continues to remain a worrying issue for the Indian government school system.

In fact, according to the UNESCO e-atlas on out-of-school children (2015) 14% of dropouts from across the world are Indian.

Furthermore, considerable variations exist in enrolment and retention rates across both – elementary and secondary levels. According to the Ministry of Human Resource Development (MHRD), the national dropout rate in 2014- 15 was 4.34 percent at the primary level and 17.86 per cent at the secondary level. These variations, caused by a combination of factors, call for an improved understanding of reform required at different levels of the public education system in India.

Finally, according to 2011 census data, while overall literacy rates have improved considerably, wide variations continue to exist across different states. This is especially true for the four states of Bihar, Madhya Pradesh, Rajasthan and Uttar Pradesh, which continue to show some of the lowest literacy rates in the country. Several reports based on the 2011 census conclude that any educational reform in these states is likely to have the greatest impact for India.